Agent Pekka, an illustration agency based in Helsinki and the first organization of its kind in Finland, was established in September 2007. Launched during Helsinki Design Week, Pekka works both in Finland and abroad, promoting Finnish talent worldwide.

Of Pekkas 22 illustrators, 20 are Finns, and two are Finnish resident expatriates. "We tend to point out the fact that Pekka is a Finnish illustration agency. There is an amazing amount of talented illustrators in Finland, so its been a real challenge to keep the number of illustrators we represent at around twenty. While we wanted to offer our clients a broad range of styles, we also wanted to keep the package manageable", says Pablo Steffa, Managing Director of Pekka.

Miika Saksi is a college dropout. In his teens, Miika was named one of 20 most wanted web professionals in Finland. His style, however, was not bound to one media and nowadays he works as an illustrator, photographer and director. Miikas work can be seen on album covers, magazines, advertisements and music videos. His clients include Adidas, Blue1, CTRL Clothing, Digital Bloom, EMI Finland and Kalevala Koru. 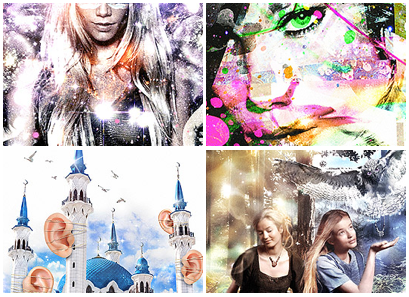 "He's a loose cannon on rolling deck... Watch out!"

Thought of the day:
"How on earth are you ever going to explain in terms of chemistry and physics so important biological phenomenon as first love?" -Albert Einstein

Thought of the day:
"Only the soul that loves is happy." -Goethe

Track of the day:
Deee-Lite: Power of Love
&fmt=18

In January over a year ago I found colours. I had just finished my three piece thesis of darkness in which I examined the scent, the noise and the taste of darkness. At that point I had a serious overdose of the black, the shadows and everything dark. The loneliness had exhausted me. I was an old rustling black and white TV showing nightmares on every channel.

I decided to go out wearing peacocks and flutter, order all the rainbow drinks with my credit cards and stay up until sunrise. My veins pumped oxytoxin as I had my first kiss of goodnight from a boy who grinned as he told me to follow the rabbits to greener grasses. I fell in love with table dancing, late night cocktail drama, frivolous thoughts and all the grinning people. I found new contrast in me as I waved goodbye to the cellars and attics and finally abandoned my broken heart. I replaced it with a spectrum that reflects hues of light even in the darkest places.

The opening event of LOVE will present the beautiful designs of Sasu Kauppi, Patrik Prusak and Antti Asplund.

TICKETS
Around 50% of the advance tickets have been sold, which is double the amount of our previous summery sunday events. There will be plenty of tickets left on the door, but we advise you to get them in advance.

Thought of the day:
"Love is like a friendship caught on fire: In the beginning a flame, very pretty, often hot and fierce, but still only light and flickering. As love grows older, our hearts mature and our love becomes as coals, deep-burning and unquenchable." -Bruce Lee

Track of the day:
Art of Noise: Moments in Love
&fmt=18

Thought of the day:
"Love doesn't make the world go round, love is what makes the ride worthwhile." -Elizabeth Browning

Track of the day:
The Beatles: All You Need Is Love
&fmt=18