Hybrid are a trio of remixers/producers/DJs based in the Welsh city of Swansea: Mike Truman, Chris Healings, and Lee Mullin.

Meeting while going to clubs in the early '90s, the three made their own remixes of recordings, eventually earning assignments from record companies to pursue their hobby professionally. Finally, they were signed to Distinct'ive Records and embarked on making an ambitious first album, Wide Angle, in Moscow.

Hybrid used such talents as singer Julee Cruise and the 90-piece Russian Federal Orchestra. "Finished Symphony," which reached the U.K. singles charts in July 1999, featured the orchestra. It was followed into the charts in September by "If I Survive," featuring Cruise on vocals, and by Wide Angle itself.

Picked up for release in the U.S. by Kinetic (distributed by Reprise, a division of major label Warner Records), Wide Angle was reconfigured for its American appearance in September 2000. The group then served as the opening act on Moby's U.S. tour.

Remix and Additional Production By... has also been a great success. The infamous Hybrid remix of Future Sound of London - 'Papa New Guinea' is on there, delighting fans, along with remixes of tunes such as Moby - 'Bodyrock' and BT - 'Never Gonna Come Back Down'.

Rinneradio will deliver a special club gig for the Renaissance event. The music will emphasize techno and tribal elements with such a style that only this band can do. Rinneradio has been busy producing new material for their upcoming album, which will be released in early 2006, and Renaissance will be the first place to hear this new sound. Expect to be amazed.

RinneRadio offers fearless forays into an eclectic and broadly jazz-based musical world. Saxes, samplers and synthesizers are the foundation for the band's musical mix from hip-hop to Lapp yoik chant. Despite the multiplexity, RinneRadio has never lost its musical thread. In fact, it has just steamed straight ahead and further developed its musical output: techno, ethno, jazz, rock and other elements are more tightly interwoven than ever before.

The result is visionary music of international proportions that defies all attempts at classification. Up on stage, be it at a rock, jazz or ethno festival, the carefully devised visual presentation further demonstrates that this is a band unlike any other.

During the past years Joe Le Bon has been extremely busy following his dreams in electronic music. He started by re-launching his DJ career and addition to his own events he was soon playing at the legendary clubs like Pussy Club and in the leading underground venues like Rose Garden. With open attitude Joe Le Bon has always selected his music based how they affected to him or to the closest people around him and never caught himself playing just one genre or the most played hits. This was proven to be the ideal way for keeping things interesting and unique. With the harmonic balance of carefully selected records and live improvisation behind the decks, Joe Le Bon keeps on amazing his crowd with hypnotic journeys throughout the universe of electronic music.

In event promotion Joe Le Bon is constantly reloading the Helsinki underground scene with fresh ideas and new concepts including Huhuu, Love Stimulation and Yes Please. Recent partnership with Renaissance to co-operate internationally is yet another mark of this unstoppable dance machine.

Music production is also in good momentum with recent track Baggy Baby getting signed and a Finnish action movie, which has several of his tracks, is coming out late 2005. 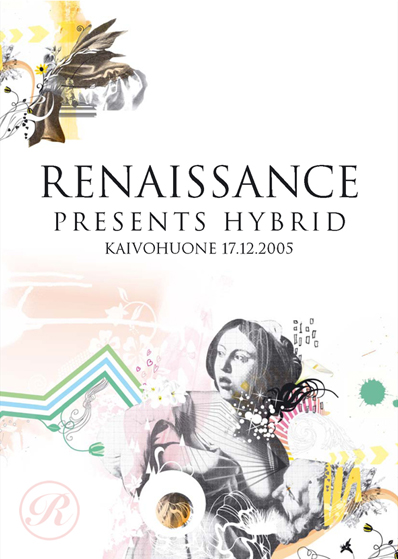