Back when I was an active vinyl shopper, I came across a track titled Slammin, released on Credence records by a producer strangely named Eric Prydz. Filter house was a big thing for myself and many others, but this record was somehow different then the rest. With its huge pumping sound it had an amazing impact on the dance-floors I was playing for. I started researching who is behind this huge sound and unusual name, and eventually found out he came from Stockholm. Back then no one even imagined that some day there would be a phenomenon called The Swedish House Mafia.

I got to meet Eric Prydz for the first time in 2004, while working on my second album as Dallas Superstars with JS16. Our Swedish label Stockholm Records invited us for their Christmas party, where A very down to earth and calm dude told us the secrets of how to get that pumping sound we were looking for, by something called side chain compressing The end result of our meeting with him can be widely heard on many of the tracks on our album and an endless number of dance tracks today. Shortly after our meeting, Eric Prydz had his first commercial breakthrough when Call on me came out, topping charts all over the world and selling over 4 million copies. There was simply no escaping the track and soon you could see his name all over hugely promoted remixes and big budget videos. He had officially broken through.

Eric produced Proper Education in 2006 to use as an exclusive DJ tool for his private use. Reactions to the track were so extensive that he went the distance to try and release the track on his Pryda label. Surprisingly, he became the first artist to ever get clearance for a Pink Floyd sample and had his second crossover hit Rumors say that his third mega hit Pjanoo was very close to being thrown to the bin, after his test try for it received very little crowd reaction. Two years after he gave it another go on a small-scaled gig in Sweden, where a clip of the crowd going absolutely nuts for the track ended up on Youtube. And as they say, the rest is history Its crazy to think of how things work some time. Timing, being at the right place and a bit of luck may drive you to the stars and far beyond. You just need to keep on playing.

Besides the obvious fact that he is an extremely rare talent, I have a feeling that his phobia of flying has something to do with his super powers of being such a trendsetter. He is continuously releasing underground hits on his own labels, under his pseudo names Cirez D and Pryda and his music is closely followed and widely played by an incredibly wide range of DJs. For all these reasons I feel blessed to be one of the warm up DJs for Eric on his visit to Helsinki and look forward to being once again surprised and inspired by his sound.

Eric was awarded with:

The virtual home of Eric Prydz @ www.ericprydz.tv has been through a massive update. Check the latest photos, videos & his blog. Lovely.

We had had a tough year in London, we missed our friends and home. We had decided to come back to Helsinki via Berlin and the legendary Love Parade. We bought flights to Berlin and had train tickets from Berlin to Stockholm. It was all planned, booked and in order. Then, it all went pear shaped.

Passport - check? Well no, without our knowledge one of our party could not get a new passport. Flights - check? Erm; BA's cabin crew went on strike two days before our flight. Travel companion - check? A friend from England was going to join us, but was flying on standby - with the strike there would be no standby seats. Cash - check? Nope, we got turned in Kentish Town. We were truly stuck and broke.

Then through pure bloody mindedness and some amazing consular staff, the then Foreign Minister (now our President) was dragged out from a lunch appointment by a concerned civil servant at the Ministry of Foreign Affairs to sign permission for a special emergency passport: Passport - check! The BA strike did not effect DeutcheBA - flight: Check! Friend on standby  managed to get a seat on the plane: Check! Finally, our boss at the legendary club Leasure Lounge decided to help us out  Cash: Check!

We flew from a totally desolate Heathrow, and landed at a manically busy Berlin Tegel. One of Berlin's own; DJ Wimpy came and picked us up and took us straight out clubbing. This on Wednesday before the Parade. All weekend we danced: to Sven in the park, Derrick at Tresor, Kiki at some east Berlin tranny club. You name it, we were there, loving every second of it!

All of this was amazing  and then came the day after the Parade:

Sunrise, sunshine and sunset all day outside by the Philharmonic's concert park. The best trance and house DJ's of that time, natural light so perfect that we still want to bring it indoors to every summer party. Light makes you feel alive! It's impossible to imitate, but worth trying!

The absolute feeling of friendship once we met our dear friends after having been away all year gave the scene an aura of LOVE. Also, we will never forget the tone of blue as the Sun started to set and the sounds of EyeQ classics were played by Sasha. It was pure LOVE. 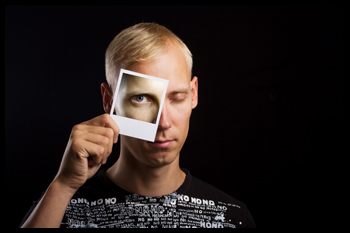 Pryda - Aftermath
- The original, 15 minute trip is the #1 Eric Prydz track for me. Still after 5 years it's being recognized, and works at the clubs like a charm. I remember playing this for the first time at a sold-out party in Rovaniemi, thinking first this might be way too complex tune to go down properly. And when the roof was blown off at 8 minute mark, we still had 7 minutes to go :)

Pryda - Pjanoo
- Call On Me, Proper Education and Pjanoo have all been big electronic music hits before hitting the major labels, radio charts and getting too pop status. Of those three, I can most clearly remember when Pjanoo was being released. Ask anyone to hum this track - and they can.

Cirez D - Control Freak
- In 2004, Eric came to my knowledge under his Cirez D alias with this tune. It's evil, technoish and driving. Hear it with lots of bass.

Cirez D - On Off
- After letting go of the electro house influenced tunes, Eric's Cirez D project really took off. Very minimal tune, yet super hooky which is being imitated and mashupped everywhere. My favorite Cirez D track.

Steve Angello  Voices (Eric Prydz Remix)
- This is the tune which introduced me to Eric in the first place in 2003. At the time the discoish bassline and melody was something out of this world. Listen to the original mix, too - production-wise Eric was way in another league compared to Angello.

Axer - 123
- Collab track made with Axwell - a perfect combination of Cirez D and Pryda styles in one, bouncy track. Despite the age, this would still work well on the floor.